Choosing a General Contractor to build your new home can feel like picking lottery numbers. You close your eyes, cross your fingers and hope your choice is the right one.

Your choice of General Contractor (GC) can make or break your new home project. The right one can deliver the home you visualized within the projected budget. The wrong one can cost you thousands in change orders causing you to make concessions to the finishes or increasing the budget, sometimes both.

Let’s focus on choosing the right GC by looking for the personality traits mentioned below.

Their references are glowing. Ask for references when you first make contact with a potential GC. This will be the easiest way to separate the right ones from the wrong ones. Call every name provided. These past clients have agreed to be contacted by you so ask your questions but be mindful of their time. 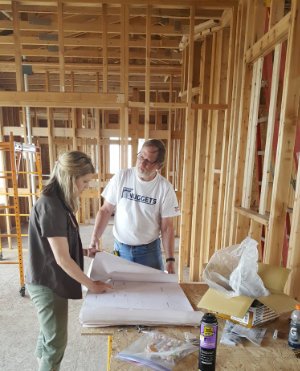 They respect your time. If you have a meeting scheduled, they will show up on time and prepared. Unexpected problems can throw a wrench into anyone’s schedule. The right GC will get in touch to push the meeting back or reschedule it. The wrong GC will leave you sitting in your car for 45 minutes wondering if they’re coming or not.

They keep distractions to a minimum. Their phone is out of site and you have their attention throughout your meeting. There will be times that they have to answer a specific call. If that’s the case they will let you know at the start of the meeting and keep the interruption to a minimum. The wrong GC will answer five calls cutting your actual work time in half then complain that you have to leave without getting everything accomplished.

They listen more than they talk. When you finish any interaction with a potential GC you are confident that they listened and understood what you wanted to get across to them. This falls under the “I know it when I see it” category. The wrong GC will answer a question with, “You don’t have to worry about that. I’ll take care of it.” Every question you have deserves an answer. Just make sure you’re not asking the same question multiple times. Keep good notes.

They refuse to give you a square foot price. The best bid is a hard bid. This can take a few weeks but it’s the only way to end up with a solid budget. They will review the bid with you and explain any pricing that may increase based on site conditions or weather. The wrong GC will give you a square foot price during your initial meeting. It’s a rare GC who can offer a solid bid after a sixty-minute meeting with you and a night to review the plans. There are too many moving parts to a new home and they each require attention.

Now read each personality trait again but put yourself in the place of the right GC. If you as the homeowner and the general contractor share these traits you’re setting a good foundation for a successful relationship.